Experiential Inspiration for a Quarantine World

As brands continue to strategize and shift their 2020 marketing strategies, it’s more important than ever to still break through the clutter and connect with audiences in authentic ways. Digital and virtual events have been around but with new ideas and if done right, we have the ability to amplify these campaigns to and reach a wider audience.

And so— amidst COVID-19 concerns, it’s critical to consider how to leverage both live and virtual event formats to deliver the biggest impact while providing a social distancing-approved alternatives to curate brand connections.

Whether it’s your favorite DJ hosting a virtual livestream on Instagram, a DIY activity to share, or a prominent brand bringing together huge stars for a one-of-a-kind digital extravaganza, there’s so much happening online nowadays – here are some of our favorites. 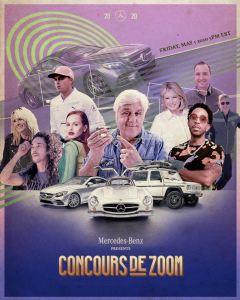 On World: #TogetherAtHome is a virtual campaign series that seeks to unify people during the COVID pandemic. With a growing collection of artists around the world like John Legend, Lady Gaga, Luis Fonsi, and Niall Horan, this series has raised over $128 million for COVID relief. Guinness World Records announced on May 22 that the global broadcast special set records for the most musical acts to perform at a remote music festival and the most money raised for charity by a remote music festival

Dennys is getting into the gaming world by creating a user with the name Dennys247 and playing on PS4, Xbox One and Nintendo Switch. Codes and discounts are being given to other gamers it connects with on those platforms. Fans are also sharing gaming content on their Twitter and Instagram.

TripAdvisor rolled out virtual and digital experiences with the  “#RoamFromHome” campaign. It includes virtual cooking classes, and sight-seeing tours. Airbnb also launched a similar campaign where consumers can pay to see magic shows, meet special dogs or take a family baking class all from the safety of their living rooms. 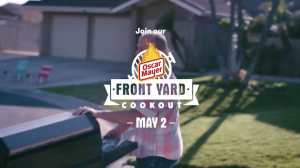 Oscar Mayer grilled up some buzz by encouraging people to fire up those bbq’s at socially approved distant and share a photo with #FrontYardCookout. Each time someone shared an image with that hashtag, Oscar Mayer donated an additional meal to Feeding America on top of the one million meals it pledged.

The lines were sometimes a mile long when Krispy Kreme was giving one dozen donuts for free to 2020 graduates who showed up in their caps and gowns! Hundreds of thousands participated and word-of-mouth, PR coverage + social shares made this one week campaign a smash hit. 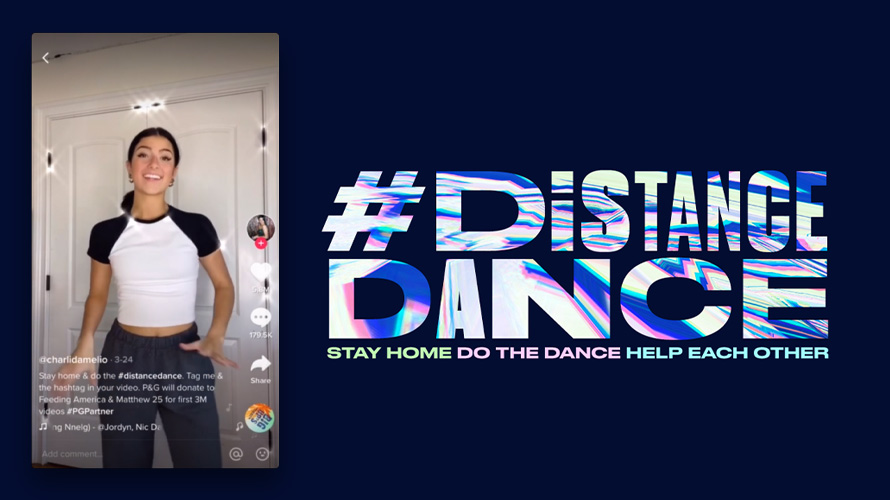 Proctor & Gamble is making waves with their TikTok focused campaign, #DistanceDance, which targets Gen Z. The idea started with TikTok star Charli D’Amelio who signed on and started the craze. Since launching, the campaign has garnered more than 8 billion views and 1.7 million response dances from celebrities, college mascots, professional athletes, influencers, children, families and more. 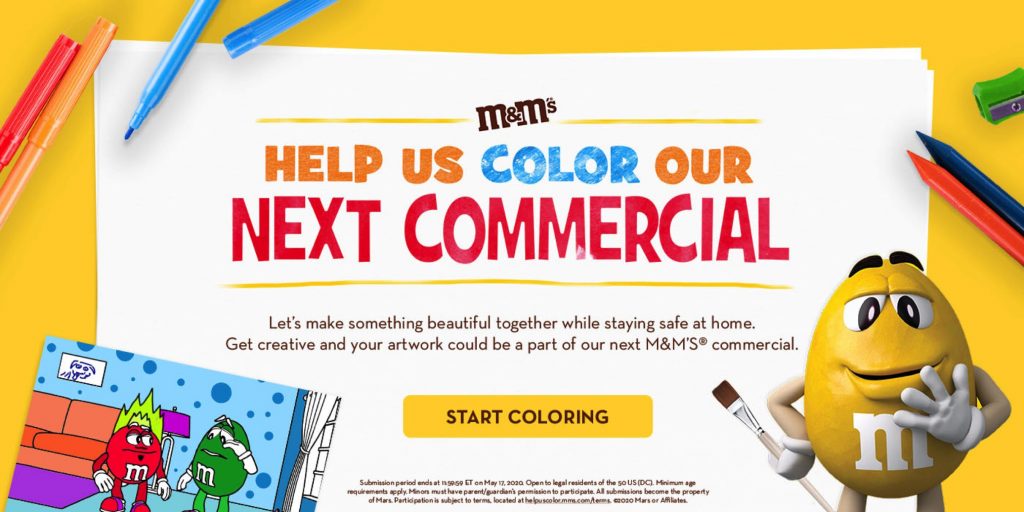 Using a page from its digital coloring book, M&M’s is asking consumers to put their artistic taste into one of the pages and submit their piece. M&M’s will pick some of the submissions and turn it into a togetherness themed commercial airing in June.

Pebbles cereal is diving into the DIY user generated content game by asking artists and creators to submit videos of activities kids can do with minimal parental supervision. This series called “Daily Yabba Dabba Doo” is supporting creative professionals who are home due to the pandemic by paying them if their video is chosen and inspiring kids and parents with fun activities.

Chick-Fil-A is rockin’ out by creating a virtual band to help kids from K-12 grade #BandTogether as they continue to stay home. Kids will record themselves singing or playing instruments to “Rockin’ Robin” that will then be shared on Chick-Fil-A’s social channels.

Walmart turned a poem written by a department manager at a San Tan Valley, Arizona, store into a video, publishing it across its social channels. The poem, “Hearts of Magic”, was filmed after hours in the store where Terrell “Trizz” Myles works, with help from FCB, Lobo and Man Made Music. 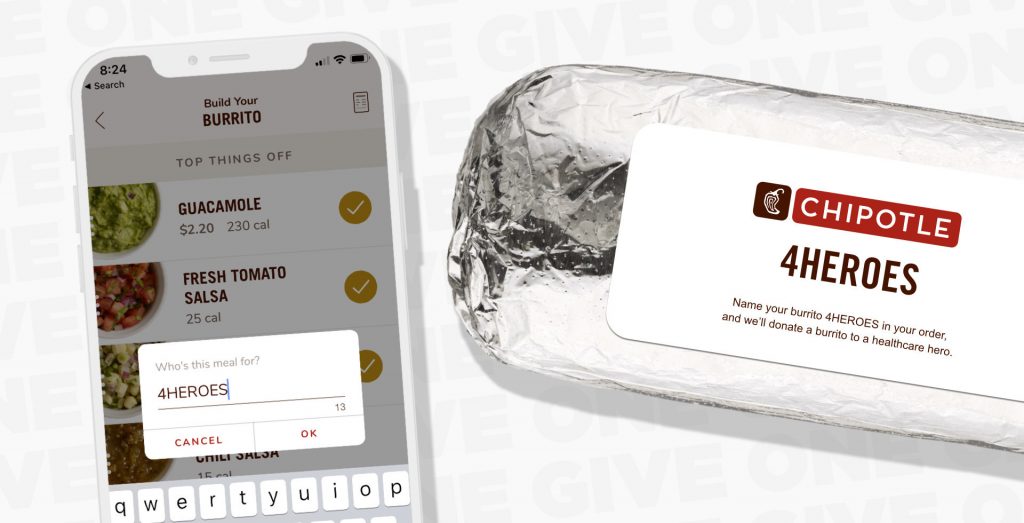 Chipotle Mexican Grill gave away up to 100,000 burritos to healthcare employees who registered. They partnered with DoorDash to receive the 25 burrito box delivered to the healthcare facility.

Tips jars are no longer just on premise at the bars. Miller Lite has created a new campaign called “#VirtualTipJar which will raise money for bartenders who have been impacted by COVID-19. Miller Lite parent company, Molson Coors, has already chipped in $1 million.

As social distancing becomes the new norm its still to still remember we crave human interaction and experiences. GDX has executed numerous campaigns that did not require large gatherings and still captured national attention. 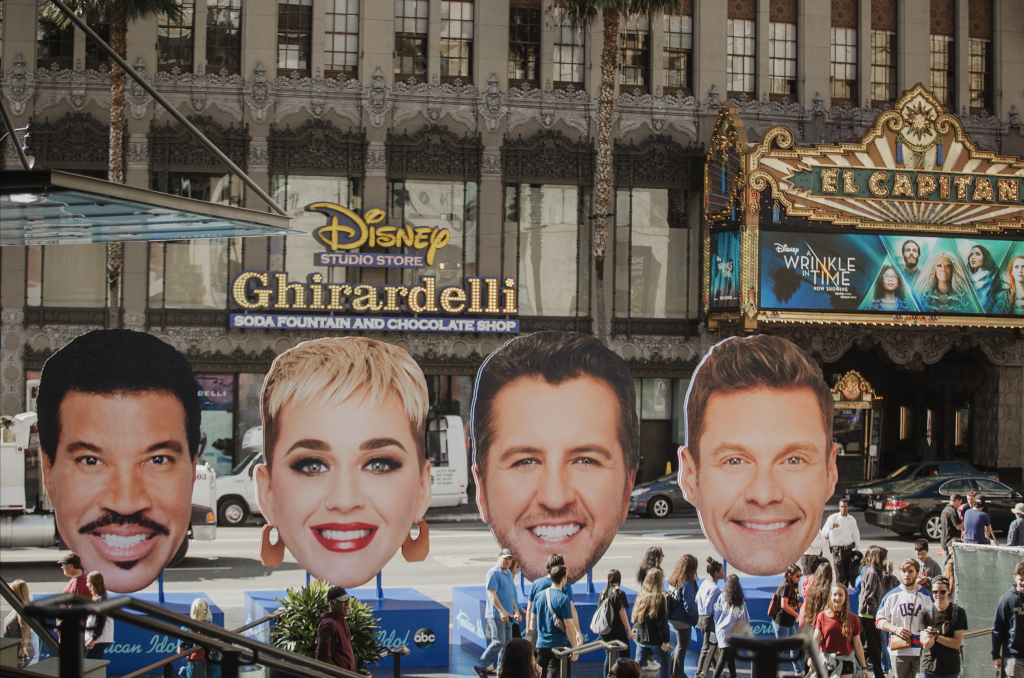 Additionally, the four Giant 2-D heads of the cast were stationed at Hollywood & Highland to greet LA Marathon runners at Mile-12.

As creative engineers, GDX Studios understands what it means to pivot temporarily and live in a world that is still connected, albeit in a different way.

This means we take a custom, holistic approach to all of our projects, whether or not those projects are physical events in the future or virtual based in the present.

The process is important to us – it’s not just the end goal, it’s how we can bring ground-breaking ideas to life with interactive experiences that wow our audiences and provide a safe environment for our brands and our patrons.