THE TOP HOLIDAY EXPERIENTIAL ACTIVATIONS OF 2019

Ahhhh… the holidays. A time for family gatherings, bright lights, decadent treats—and if you’re me, waiting till the last minute to buy gifts for everyone on your list. However, between Christmas and ringing in the New Year, this is a time for brands to deliver exciting experiential campaigns like shoppable pop-up stores and other festive experiences that give consumers a reason to tolerate that crazy uncle at dinner. Here are a few Holiday and New Year’s activations that jingled all the way. 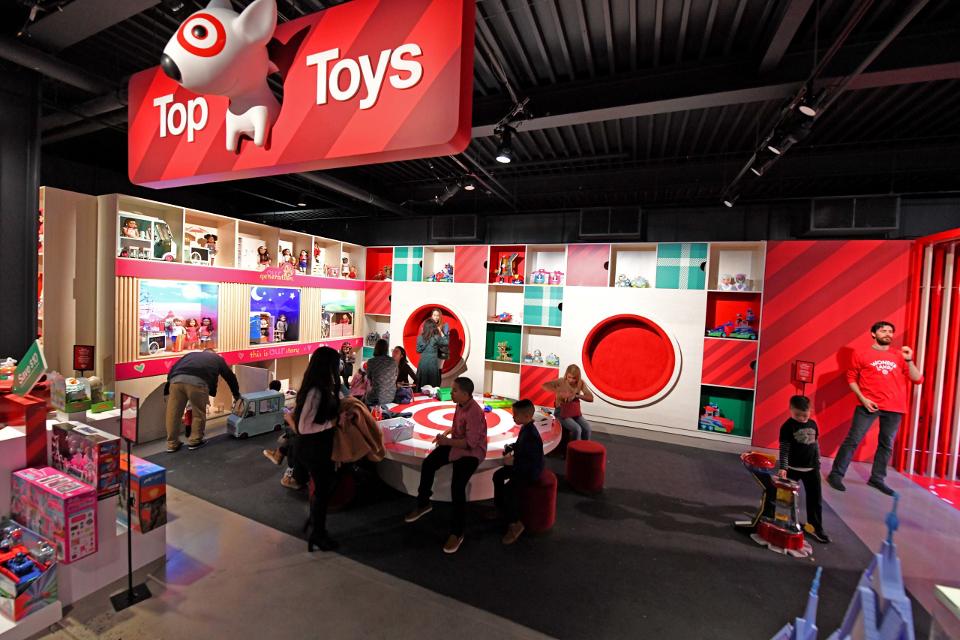 It was pure Holiday Joy inside ‘Target’s Wonderland!’ pop-up shop near New York’s Chelsea Market. From the oversized tinsel shimmers at the entrance, the subtle swish of the giant metallic streamers welcoming you into a space ribboned with resplendent red-and-white candy stripes and the sounds of Sam Smith’s “I Feel Love”—Target’s holiday-campaign theme song—playing in the background.

With more than a dozen hands-on experiences, like Insta-ready photo ops, tons of sweet surprises and a seemingly endless array of scan-and-buy gifts, this pop-up shop wowed consumers and brought the Christmas spirit to life.

The entire experience was completely free to the public, and in an act of corporate philanthropy, Target will donate up to $1 million to Toys for Tots through one feature of Wonderland! that enables visitors to literally submit their holiday wishes through a pneumatic tube, triggering Target to donate $40 per wish.

It’s an example of how one retailer is investing in experiential marketing to spotlight the uniqueness and benefits of a physical shopping experience and to drive engagement and in-store and digital traffic during its most critical of selling seasons. 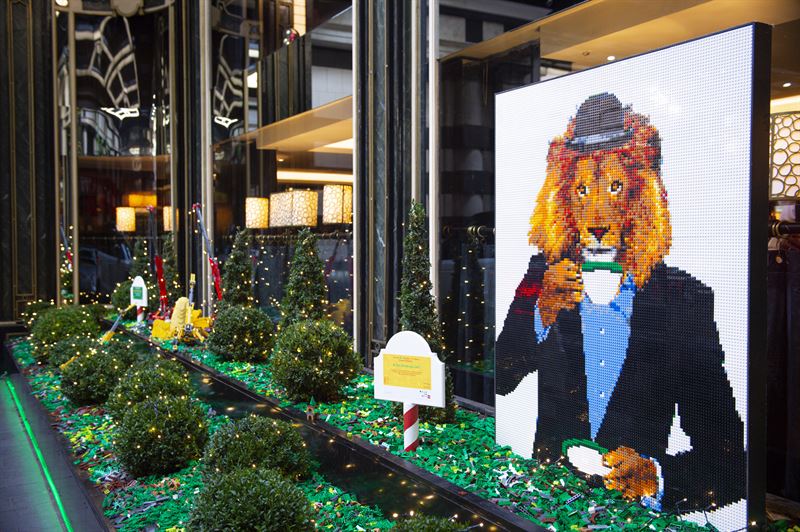 At The Savoy Hotel in London, LEGO installed striking and playful displays above the world-famous sign on Savoy Court and in the Front Hall, along with other surprise LEGO® brick-built touch points placed elsewhere for guests to find as they moved around the hotel.

Visitors encountered builds across the hotel that delighted and surprised them, taking traditional Christmas cues and rebuilding them in imaginative ways, from a dragon Christmas tree, to a reimagined mode of transport for Santa Claus – and a choir singing the rewritten carol, The Twelve Rebuilds of Christmas.

This activation called, The Twelve Rebuilds of Christmas, follows the recent launch of the LEGO Group’s biggest-ever global brand campaign, Rebuild the World, inspiring people to champion the importance of creativity as a key 21st century skill. 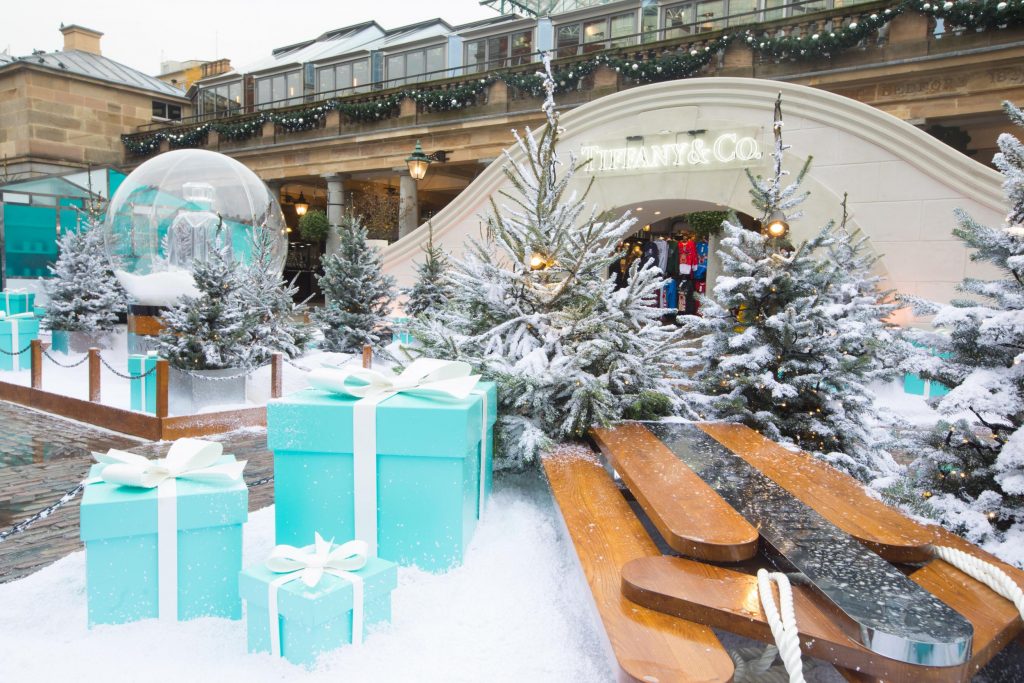 Tiffany & Co. brought a Winter Wonderland experience on the other side of the pond at London’s Covent Garden. Consumers immediately were transported when they entered the experience through a branded bridge that mimics those found in New York’s Central Park before immersing themselves in the activation, which was inspired by the brand’s fragrance. A snowman and a giant snow globe installation featuring a replica bottle of Tiffany & Co. perfume offer photo ops, while oversized versions of the brand’s famous blue gift boxes nestled into sparkling (fake) snow are also sprinkled through the footprint. The main attraction was a real-life ice-skating rink, where Tiffany’s fragrance is pumped into the space as consumers glide around for free (Tiffany even provides the skates). Additional touch points include gift-wrapping services and complimentary laser-engraving on bottles. Agency: The Persuaders. 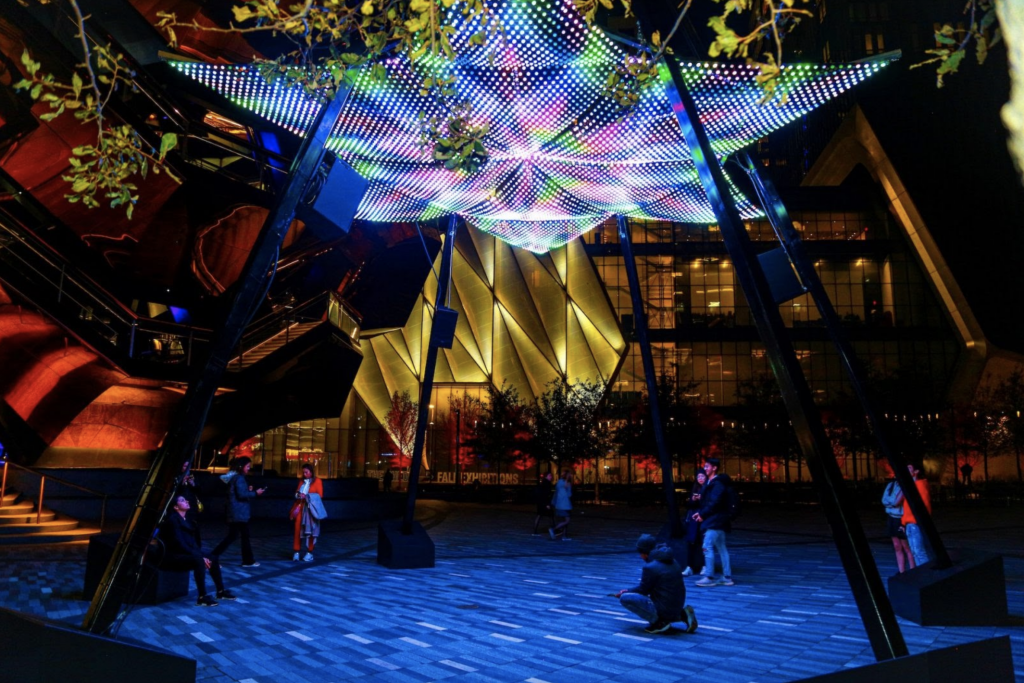 Consumer brands aren’t the only ones capitalizing on the Holiday season. Software brand SAP is lighting up the Shops at Hudson Yards in New York City with its holiday sponsorship campaign. Among sponsored festivities are daily showings of artist Christopher Schardt’s Lyra, a collection of star-shaped sculptures, each comprised of 12,000 individually controllable LED lights, all synchronized to a classical soundtrack. Limited-edition Shine On LED bracelets presented by SAP are available for sale, and light up daily. The bracelets also unlock special offers and access to the property’s shops and restaurants, while a portion of the proceeds benefit various nonprofits.

hosted a digital Holiday Match and Win game on-site, with a chance for consumers to earn prizes from various retailers. Additional SAP-sponsored activities include wreath-making and cookie-decorating classes, music performances and art-based experiences. 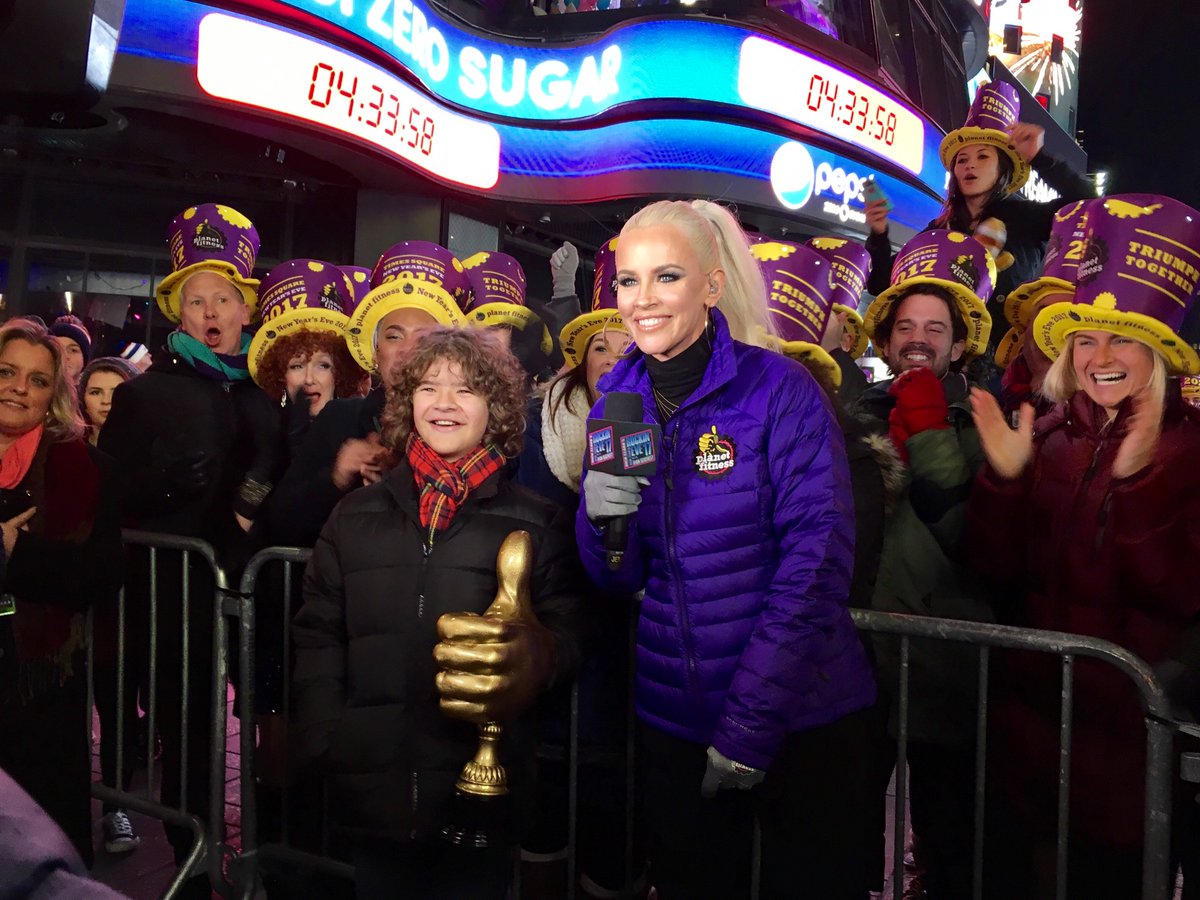 Planet Fitness partnered with Times Square Alliance and Countdown Entertainment to bring back the “Judgement Free Zone®”. This will be the fifth consecutive year Planet Fitness is the presenting sponsor of Times Square’s New Year’s Eve celebration.

Approximately one million revelers in Times Square will ring in a “Judgement Free” 2020 with festive New Year’s Eve party hats complete with ombré-style purple and yellow sequins – the brand’s signature colors. Planet Fitness was also featured on “Dick Clark’s New Year’s Rockin’ Eve with Ryan Seacrest 2020”. In addition to its sponsorship on the big night, Planet Fitness invites everyone to submit their Confetti Wishes, a heartfelt “wish” for the New Year, online or at the Wishing Wall in the heart of Times Square. Each wish was printed on a piece of actual confetti that will fly over Times Square at midnight on New Year’s Eve. 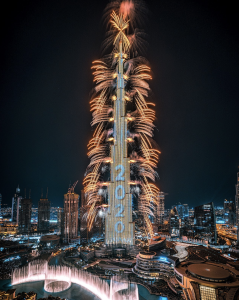 Emaar, the master developer of the Burj Khalifa in Dubai, wowed over 2 billion people across the globe with a breathtaking pyrotechnic show on the world’s tallest building to ring in 2020. In a mesmerizing story, the Burj Khalifa transformed through animation, light, sounds and a synchronized fountain show taking viewers on a journey at the onset of a new decade.

To mark the dawn of a new decade, the show on Burj Khalifa was conceptualized by Emaar. Every second of the show was as enchanting as previously billed and incorporated fireworks, animations on the Burj Khalifa LED façade, music compositions and a beautiful fountain show. 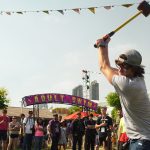 Experiential B2B Trends to Watch out for in 2020Event Production, Experiential 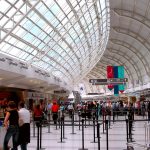